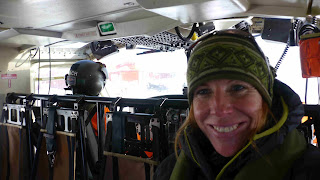 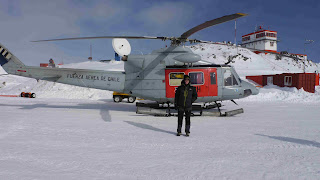 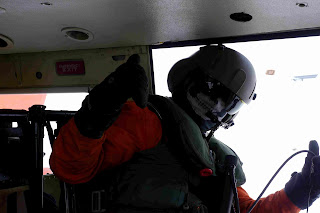 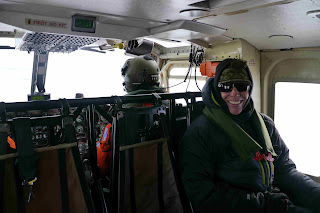 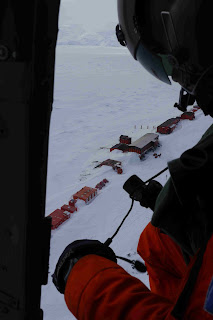 The arrival to the Argentine station on King George Island was very
smooth. The Chilean Hercules left at 8:20 on September 25. after
arriving on the Fieldes Peninsula, King George Island, i just waited
about an hour at the landing strip for the weather to clear up so that
the helicopter could take of. It was an amazing flight over the frozen
cove in front of the Russian and the Chilean bases, Bellingshausen and
Frei. The welcome in Carlini was really warm. The freight was send to
KGI with a Brazilian flight and didn't arrive the same day but was
brought two days later with a Twin to the glacier.
Eingestellt von Antarctic Uli um 08:49