the voyage with Polarstern to Jubany 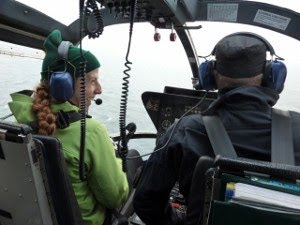 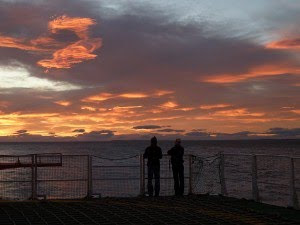 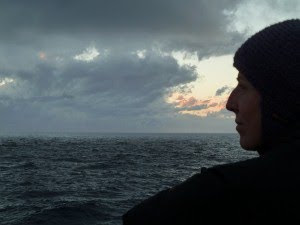 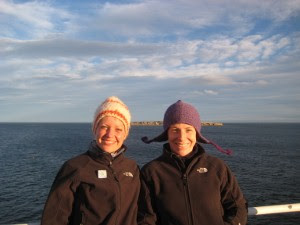 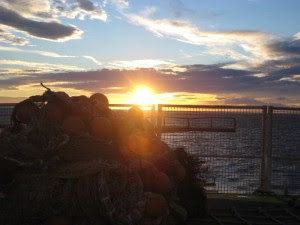 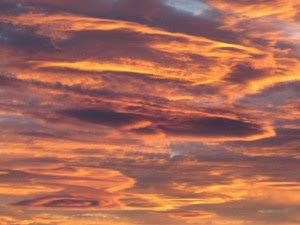 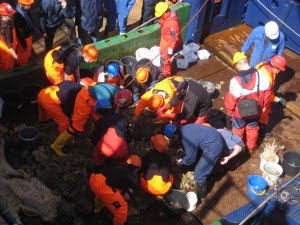 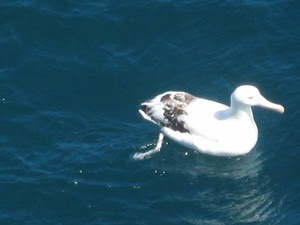 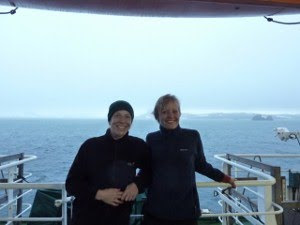 Once again by ship, we left the continent to our next expedition to Jubany. For Hilke it would be the first trip to the Antarctic and we were both very excited, also because we were now travelling on board of the Polarstern. Facilities there are amazing, the food really good and since the weather actually started out with calm sea, low winds and a lot of sun due to high pressure systems that accompanied us to our next destination South Georgia, it felt more like being on some sort of a cruise rather than coping with the hardship of an Antarctic expedition. On board were a whole lot of different Biologists and it was really interesting and fun to watch other's scientists work as well as the very colorful life on board.

South Georgia is one major breeding region of Wandering Albatrosses, and it was fascinating to see those huge and elegant birds sailing around the ship and above the water with their wide spread wings just about to touch the water  surface. There also are colonies of King Penguins and Rockhoppers as well as Maccaroni Penguins. We saw several whales like Fin, Humpback and Minke Whales but also a lot of seals and birds. The next stop was somewhere in front of the South Orkneys that unfortunately were not spotable from the ship due to the heavy fog and low cloud cover, sometimes less than 100m above the sea. Low pressure systems finally had caught up with us and we went through some storm with winds of about 10 Beaufort. But for a ship as big and stable as Polarstern this had not that much influence on our well-being and in the whole we really had a long  but very nice journey and a warm welcome to our research area at Jubany.