The voyage to King George Island 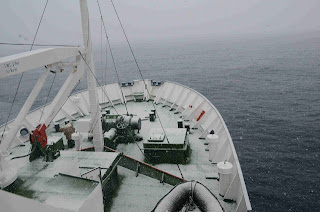 On October 22 finally our voyage with the Russian ship Polar Pioneer
from Mar del Plata to King George Island began. It would be longer
than we thought before. Accompanied by Dolphins we made an emergency
stop at the Falkland Islands since one of the crew members for the
Polish station got sick, unfortunately the Chef de Cuisine.
On the passage, there was not very much else to do but eat and sleep
and watching a stunning amount of seabirds, at least the first days
while we tried to adjust to the very impressive movements of the ship.
It took a few days before the body adjusted and reading or working on
the computer was even thinkable without getting weird symptoms in the
belly. We saw different kinds of Albatross (Black Browed, Grey Headed,
Yellow Nosed), Giant and Cape Petrels, Brown Falkland Skuas, Rock
Cormorants. The Drake passage went pretty smoothly but low pressure systems
finally caught up with us on arrival in winter of King George Island,
where we also encountered our first Icebergs and Chinstrapped
Penguins. At Lions Ramp we picked up some Polish scientists and had a
great view on first Penguin colonies, Adelie and Gentoo penguins.
Winds picked up to over 20 meters per second and the waves got so
rough that the unloading of provision and fuel for the Polish
Arctowski station in Admirality bay had to be given up. For the next
three days we would be circling around the bay, waiting for the
weather to change. Also here wonderful view on the wild life with
Antarctic Cormorants, Snow Petrel, Large Skuas and Antarctic Terns and
Leopard Seals, Southern Fulmar and Sea Lions. Monday the 1st, we could
finally visit the station to view some relicts of whales and other, as
well as having finally a closer look at the nearby Penguin Colonies
and a Wedell seals relaxing at the beach.
On November 2nd, we finally arrived at our destination Jubany station,
where the unloading of our cargo turned out to be some kind of
adventure. The winds did not calm until after noon to still as much as
10 meters per second, and at 1400 we finally began loading our
equipment onto the Zodiacs, which then were received by the Argentine
colleages at the beach of Jubany. In the course of the work winds
started to pick up again. Since the Russian boat had a tight schedule,
it was not clear until at very last, if and how the disembarkment of
the Skidoos, Matthias and my equipment for the work on the Potter
Glacier, could be pursuit without risking an overturn of the Zodiak
with the two Russian seamen. Fortunately, these guys were experts in
work under difficult conditions with Bravour and we were all happy
about the smooth work.

Now, after a great tour to the station by the Chief of Base and after
having checked the equipment and preparations for a possible soon
first excursion to Potter Glacier, we find us again waiting for the
weather to change. The winds are shaking our domicile, and being
outside means to lean steeply against the wind in order not to get
blown away. Still we hope for a somewhat calm day as we did before .. 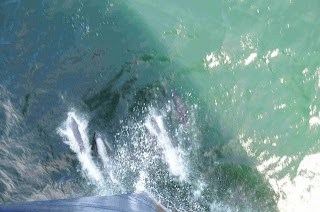 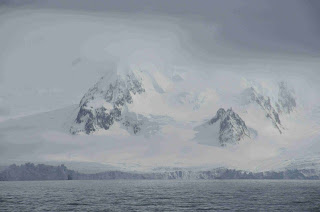 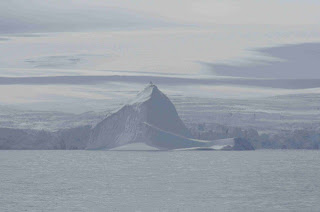 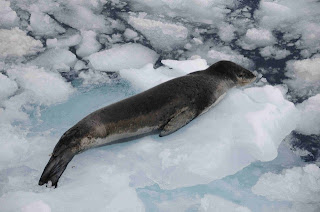 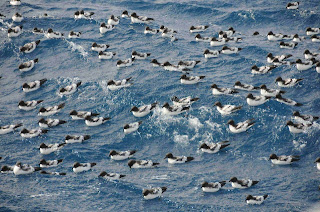 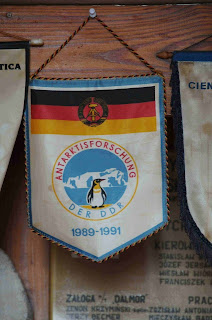 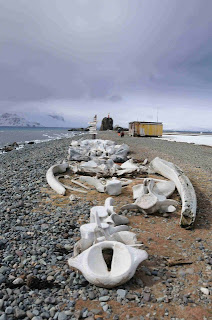 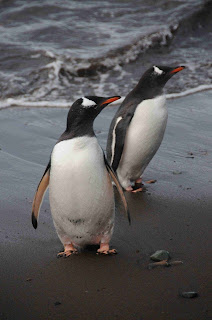 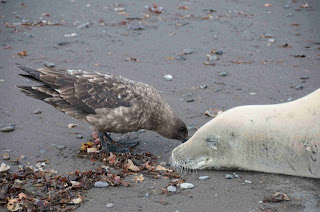 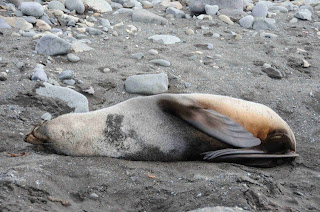 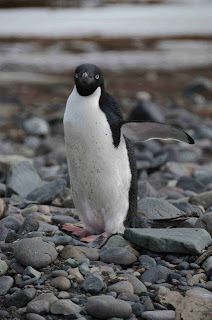 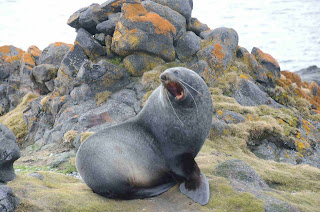 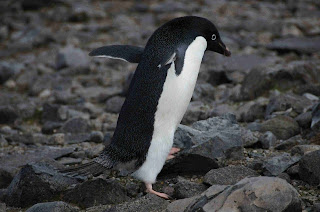 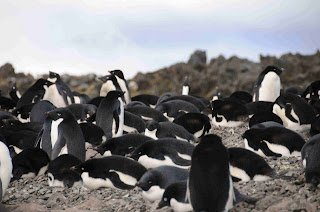 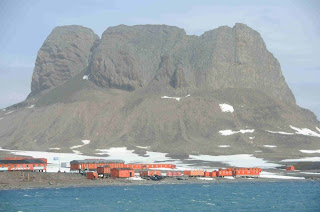 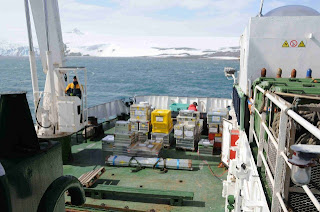 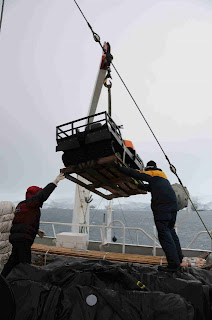 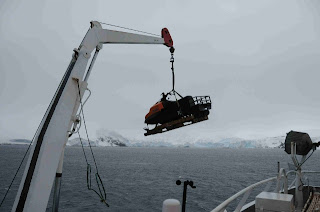 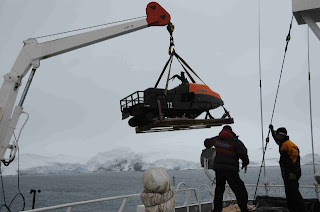 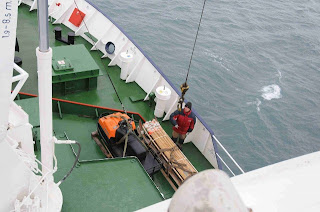 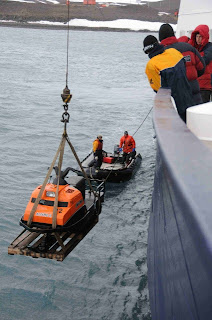 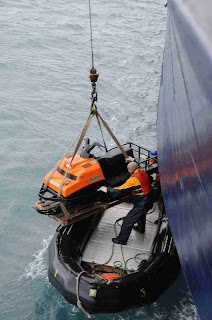 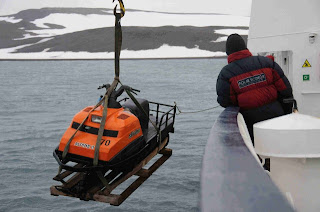 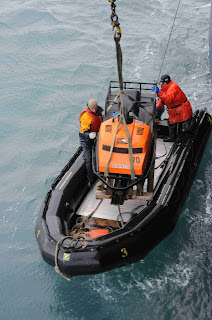 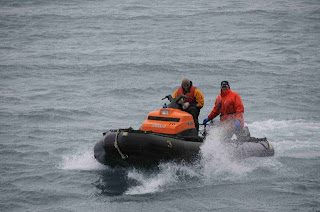