A walk on the ice 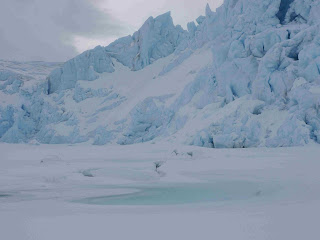 In early October, the divers and the overwintering scientist Damián at the Carlini base made an excursion onto the sea ice near the glacier calving front of the Fourcade glacier. This seemed a perfect opportunity to take some GPS points of the glacier front to use for referencing satellite image data. In the summer campaign 2010/2011, Hilke had done measurements of the front to quantify calving processes. Just from comparing the visual impression with memory, it was impressive how much


the glacier calving front had collapsed! The divers had already reported the appearance of three new islands in the early winter of 2012.
The colors of the ice are nevertheless really beautiful in their different shades of blue and white. Before the background of the Tres Hermanos, the Three-Brother hill, the red housings of Carlini station give a nice spot of color in these beautiful landscape. 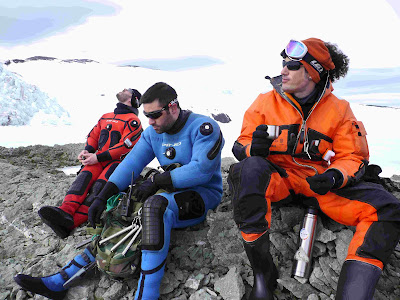 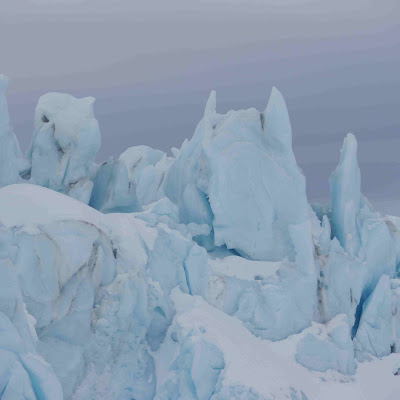 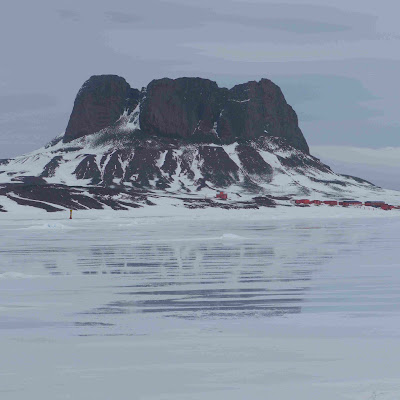 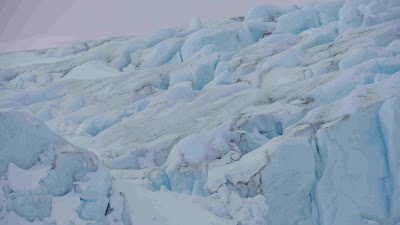